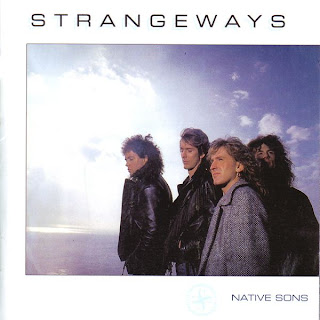 Same Scottish/British band who recorded the previously uploaded/posted And The Horse, but from a previous decade. Along with being one of my favorite records of all time, this is unquestionably the best written, best recorded and overall most atmospheric and emotionally charged arena rock album of the 80's, equaled only by its magical follow-up Walk In The Fire from '89. Terry Brock, formally a backup singer for more popular bands and artists of the era, sounds so good here on his lead vocal debut it's almost criminal to think it could have been anyone else in the position.

But hey, you don't have to take my word for it. Google it and you'll find this album at the top of many an aficionado's 80's Melodic Rock list, mostly due to the hooks and songwriting that went into making such a monstrously catchy and involving pop-metal album. The sheer bravado of these songs makes the usually lauded recordings from the genre (Journey's Escape, Bon Jovi's Slippery When Wet, Survivor's Vital Signs, etc.) sound shitty even to the ears of a person who would normally love those bands...and that's not an easy thing to do methinks.

Therefore, give this and it's followup album a shot to hear the best of what 80's melodic pop-metal has to offer!

Listen Here - "Where Do We Go From Here"

Posted by DrakeSinister at 12:05 PM